The Tennis Center has a variety of league/team activities available to keep every level of tennis player busy from morning until night.

The SPBCWTA 2021-2022 season turned out to be a smoking hot one for Patch Reef Teams! Three Patch Reef teams took second place in their divisions:

Co Captain: Nikki Stelzer
And, Division 6 won the sportsmanship award for the season!

Pictured Below Division 5 and Division 6 respectively. 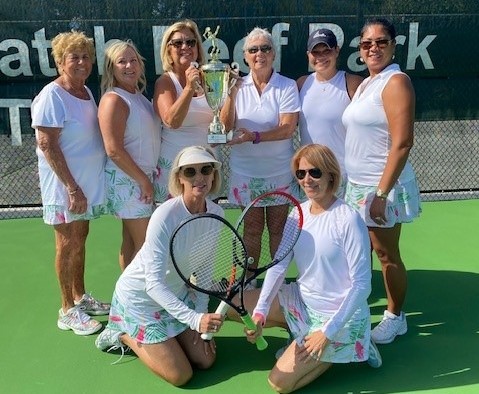 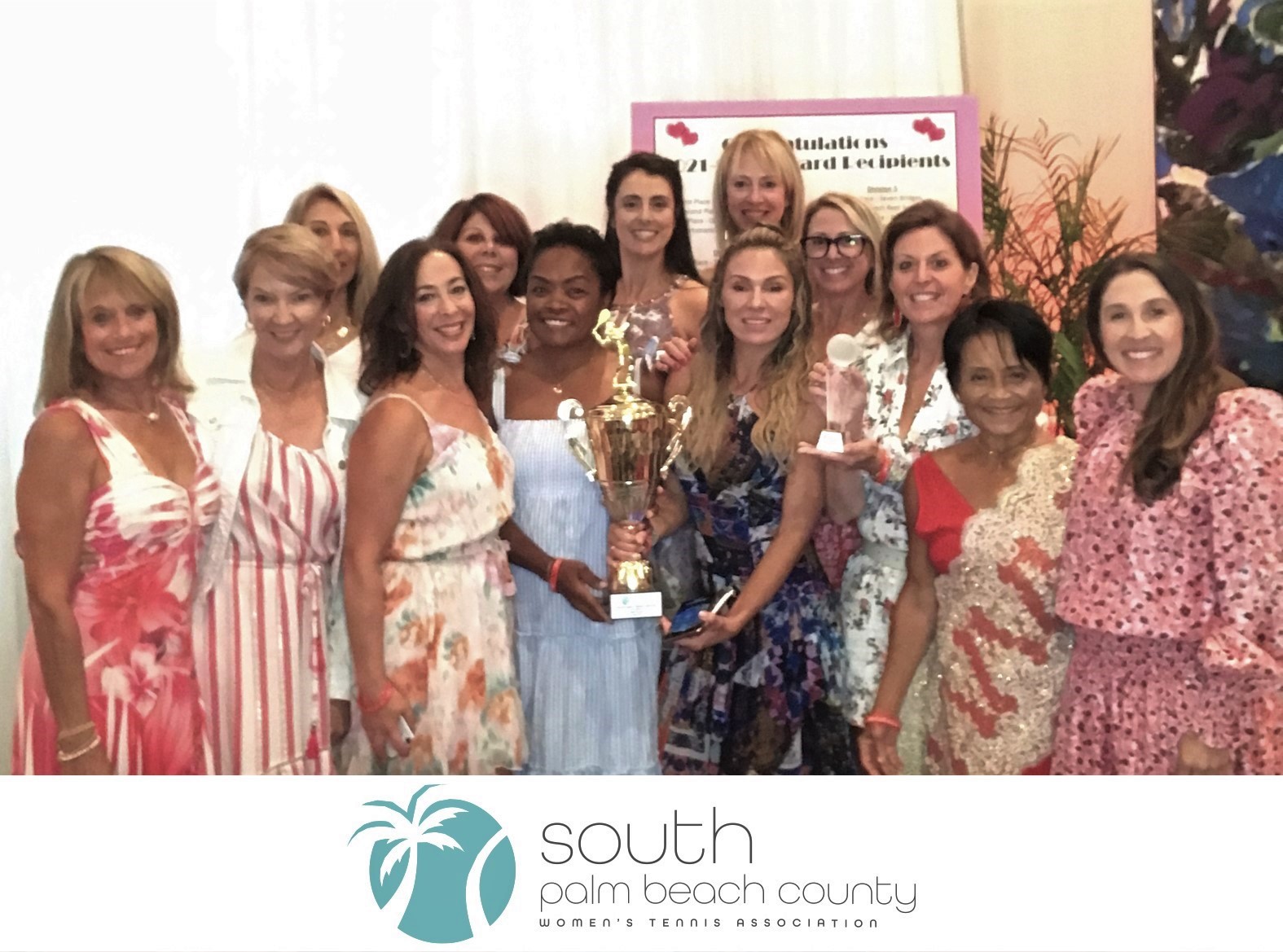