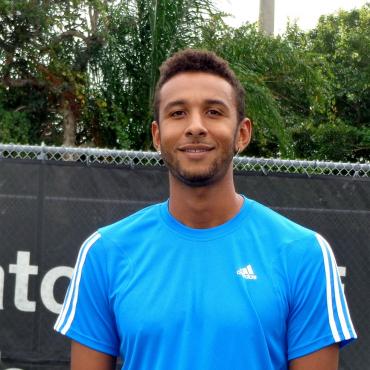 Danard began playing tennis at the age of 10, after being in introduced to the game by his uncle in England. Shortly after, Danard played middle school and high school teams in Ohio. Danard was on the starting lineup at Notre Dame of Ohio before relocating to Florida. Before coming to Patch Reef Tennis Center, he worked at the Delray Tennis Center. Besides working at Patch Reef Tennis Center, currently Danard is also the coach of Pope John Paul High School. Danard assist’s students in their efforts toward their short and long-term goals.